Objectives of the course At the end of this course the students will be able to: Read the Arabic Language, and especially the Qur'an, with ease and authenticity. Understand Arabic and communicate in small Arabic sentences; as this course is designed to show the students the way towards greater and more intensive study of the Arabic Language. Understand the Qur'an little by little. Come out of all misunderstandings and misgivings about Islam and its sources as they will be directly exposed to the basic source of Islam. Gain Allah's pleasure and get success Here & Hereafter

This Course will enrich the students with the knowledge of the Qur’an, the final revelation from Allah. It is imperative upon every Muslim and a gateway for non-Muslims (for understanding Islam) to understand the Qur’an as it is our constitution and it sketches the blueprint for all walks of human life on earth. This is also an evidently expressed objective behind the revelation of the Qur’an. The understanding of the Qur’an unmistakably requires the knowledge of the Arabic Language as this is the Language in which the Qur’an has been revealed. Besides, Arabic is the native language for more than 27 countries of the world including the Middle East which is a lucrative job market for future potential employees. And this course will help the students have a grasp of this international Language.

The students will also be taught some basic conversations in Arabic so that they can communicate easily and comfortably with their Arabian brothers and sisters. It will also help them to explore the employment market in the gulf and Arabian countries; and/or apply for higher education leading to PhDs in including higher Islamic sciences. 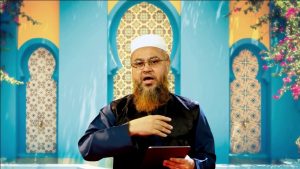 What Will I Learn?

Topics for this course

Importance of Arabic Language for Understanding the Qur’an00:00:00

Principles of Dealing with the Qur’an: Basic Ideas00:00:00

Singulars and Plurals: Sound and Broken

Tense: Past Tense (The Perfect Verbs)

Use of the particle ‘mā’

Use of ‘Kull’ and ‘ba’d’; the Accusative of Time

Ordinal and Other Numbers

Relative Sentences with the use of الذي/التي and their sisters

The Elative: The Simple, Comparative and Superlative Degree

The Energetic: Oaths and Exclamations

The last Unit of the Course is dedicated for making the students able to read texts on familiar topics and understand those, be able to speak about themselves and their environment, carry out basic transactions related to daily life orally and in writing, and initiate and sustain conversations on a number of topics; and understand native speakers to a certain extent, especially if they are communicating in modern standard Arabic.

Vocabulary of (The parts of body, Relatives

Days of the Week, Directions

Adverbs of Place and Time,