This Course will enrich the students with the knowledge of the Qur’an, the final revelation from Allah. It is imperative upon every Muslim and a gateway for non-Muslims (for understanding Islam) to understand the Qur’an as it is our constitution and it sketches the blueprint for all walks of human life on earth. This is also an evidently expressed objective behind the revelation of the Qur’an. The understanding of the Qur’an unmistakably requires the knowledge of the Arabic Language as this is the Language in which the Qur’an has been revealed. Besides, Arabic is the native language for more than 27 countries of the world including the Middle East which is a lucrative job market for future potential employees. And this course will help the students have a grasp of this international Language.

The students will also be taught some basic conversations in Arabic so that they can communicate easily and comfortably with their Arabian brothers and sisters. It will also help them to explore the employment market in the gulf and Arabian countries; and/or apply for higher education leading to PhDs in including higher Islamic sciences. 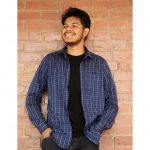